Every month Matt pulls a magazine out from under his bed and gives it a fine going over. Stop giggling at the back there – weâ€™re talking about games magazines. This month: the final issue of the Official UK PlayStation Magazine from March 2004. 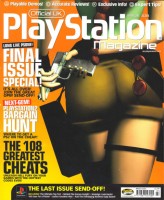 The early days of the Official UK PlayStation Magazine focused on the best and most impressive looking games heading for Sonyâ€™s first console, the magazine having a stylish and minimalist look.

Towards the consoleâ€™s later life though, when the big releases came few and far between, the magazine gained a new editor and a new direction. Every month the magazine had a 15 page A-Z of every game they had reviewed – along with revised review scores – while many features were dedicated to the best games the PS1 had to offer. One issue was almost entirely about Final Fantasy, for instance, while another revisited all of the PS1 games that were handed 10/10 over the years.

Whereas Future killed off the Official PlayStation 2 magazine rather early – there were still quite a few games lined-up for the system when the magazine was culled – Future let the original PlayStation magazine run right up until the end of the consoleâ€™s life.

It was not uncommon for the magazine to dedicate entire pages to budget games, which rarely scored higher than 3/10. The magazine still came with a demo disk, but the content was almost entirely recycled from previous disks. Infamously, they put the PS1 version of Black & White on the cover and ran an extensive preview, but for some reason never ran a news article announcing it was canned a few months later. I guess they didnâ€™t want to be the bearers of bad news. 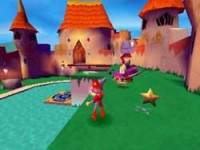 Another interesting tidbit concerns a platform game called Jinx. McDonald’s once gave away some PlayStation demo disks, one of which contained a playable demo of the then unheard of and mysterious game. The next issue the magazine ran a small news story confirming the gameâ€™s existence and spoke of it as if development had only just started, seemingly unaware that if you popped into McDonald’s you could take home a playable version. It wasnâ€™t until four or five months later that the same demo was available on their demo disk. Strange.

Looking back at the history of OPM now, I always recall the last few months of the magazine were when the writers really had to use their imaginations to fill the pages, rather than the days when every new Tomb Raider game was guaranteed to get 10/10.