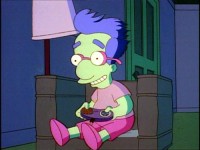 Developers apparently didnâ€™t understand the concept behind achievements and Gamerpoints when Microsoft was showing off their plans for the Xbox 360. Six years later, achievements are sometimes the sole reason people play certain Xbox 360 games.

Kokatu managed to get hold of some figures: since 2005 6.3 billion achievements have been unlocked and as of this month the Gamerpoint grand total stands at 176,802,201,383. I couldnâ€™t even read that number out loud if I tried.

Over 20 million people go online with their Xbox every day, contributing to 4 billion hours of multi-player gaming since Xbox Live started in 2002.

Slightly more interesting is the fact that the average Gamerscore is 11,286. Looking through my Gamerscores, most games give about 500 gamerpoints from just one playthrough meaning the average Xbox 360 gamer has finished 26 games. Or just 11 games finished completely, if you want to look at it from that perspective.