Ten years is a long time. But has much actually changed since Games Asylum was born into this world? Yes. And no. I’ve dredged the archives to illustrate.

â€œAnother technical marvel contained within is the RF module. With this you can play against up to three other players within a ten metre radius. No link-up cables are needed, and it even works through walls.â€
GP32 – The Korean Alternative, January 2002

It works through walls? Wow! Mind you, a home network back then meant a load of CAT5 cable nailed to the skirting board. So going through walls was kind of a big deal.

â€œThere is a built in rumble device, motion sensor and infrared communication capability. These allow for more interactive games, and of course for simple multiplayer gaming.â€
Pokemon Mini, March 2002

And infrared was a simple way of achieving multiplayer gaming, apparently. Having to enter my Wi-Fi security key every time I get a new device is almost too much effort for me these days. Infrared? Jesus.

â€œIf people want to download the latest blockbuster EA offering, I’m happy for them to be able to, but I see no reason for such releases not to also be available in shops. It’s for smaller games that I see digital distribution playing its part. Microsoft seem to agree. It’s on what sort of games, and how much they should cost, that we disagree.â€
Digital Distribution, November 2004

Download games have exploded since Xbox Live Arcade first launched – and in much the way I thought they should. But I certainly wouldn’t have guessed that it would be Apple who would transform the market, with the sort of pricing I was looking for back then.

4. Rise of the casual

â€œTo be fair, making a game for our Mr and Mrs Middle-Aged would probably be suicidal in the current market – except possibly on PC, but let’s not start on the problems of PC gaming for Joe Average.â€
Bang On Target, July 2001

It’s easy to underestimate just how much Nintendo reshaped the market with the DS and Wii. A game for middle-aged people? You can’t get my mum off Professor Layton these days.

â€œEarly signs, such as Rare remaining in scenic Warwickshire, indicate that Microsoft won’t be destroying the history and traditions of Rare. […] The biggest gainers are doubtless Microsoft. They are in need of more quality exclusive titles, and Rare should provide them. Not only that, but Rare are skilled in the art of platform gaming, one area in which the Xbox is particularly weak.â€
Microsoft Buying Rare, September 2002

Rare didn’t attract a less shooty demographic to the Xbox brand, and Viva Pinata didn’t really appeal to the typical shooty Xbox consumer. The idiots. And look at Rare now: moving to Birmingham, permanent jobs being replaced by contractors. It’s fair to say it didn’t work out like anyone wanted.

â€œShigeru Miyamoto recently stated that 70 to 80% of the GameCube games released in the coming year will feature Game Boy Advance connectivity.â€
Connected, March 2003

Well that didn’t happen, did it? The GC-GBA link cable was the great USP that never was. Possibly partly because, if memory serves, it was virtually impossible to get hold of the official product. Still, Pac-Man Vs was quite fun. It looks like it’s Sony’s turn to give connectivity a bash now, with the NGP and PS3. It’s sure to be excellent.

â€œSony really have to change the placement of the left analogue stick on the PlayStation 3 controller, or they’ll get a bloody good kicking from me.â€
Sony, Change Your Pad, February 2004

A year later, the PlayStation 3 was unveiled – initially with a truly bizarre boomerang-style controller. But the final PS3 pad is virtually identical to the PS2 pad, so despite my ranting, the left analogue stick is still in the wrong place. I’m waiting to hear back from Sony about administering that kicking.

â€œA simple question for you: are 3D action adventures the easy way out for games companies? There certainly are a lot about. Possibly more of them than any other genre.â€
Action Adventures, January 2002

The original Xbox hadn’t even been released in January 2002, so the seemingly unstoppable rise of WAR GAMES above all else hadn’t really commenced. How I yearn for the days of Ty the Tasmanian Tiger. 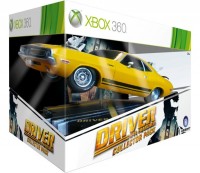 â€œA lot of people are as pathetically materialistic as me, and would be encouraged to buy a game in its first week to get some nice packaging, and publishers would get better first week sales. Everyone’s a winner baby, that’s the truth.â€
Cardboard Sleeves, February 2004

This has changed, by my reckoning: you can’t move these days for metal boxes, character figurines, and other special edition nonsense. At a suitably inflated price, of course.

â€œThere is an unquantifiable pleasure and satisfaction to be had from complete, boxed consoles and games – both old and new.â€
Digest #03 Column, September 2002

Well that certainly hasn’t changed – helped to some extent by the above. A quick look at our regular Cache in the Attic eBay trawls demonstrates how much people are willing to pay for a bit of old cardboard.

Games of a Decade: World of Warcraft

Reviews: the good, the bad and the ugly