Every month we trawl eBayâ€™s completed listings to find stuff of interest that has sold for vast sums. Why? Because the voices told us to. 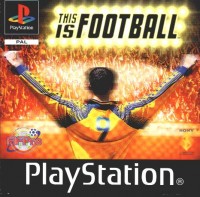 What would you do with 192 copies of This is Football on PlayStation 1? Apart from using them to play a giant game of Jenga, I canâ€™t think of any ideas. The game buying public must have also struggled to think of a use – this auction for 449 PlayStation 1 games, including 192 copies of aforementioned soccer sim – failed to find a buyer. Somebody did think theyâ€™d be able to find a use for 65 boxed Smackdown 2 PS1 memory cards though, as a bulk bundle of these ended at Â£79.77 with 7 bids. In the PlayStation 2 auctions meanwhile a sealed copy of Metal Gear Solid 2 gained a lot of attention and ended up selling for Â£81.18. They could have brought 81 used copies for that price.

I would seem that Namcoâ€™s Tales of Vesperia on Xbox 360 is worth keeping an eye out for – copies have been selling for over Â£50 recently, including this one that went for Â£52 with 13 bids. And how about a swanky limited edition Xbox 360 to play it on? This limited edition South Park Xbox 360 Elite went for Â£720 with 2 bids. Apparently only 5 were made. Slightly less rare but still desirable was this Gorillaz Xbox 360 faceplate from the UK Xbox 360 launch which sold for Â£40 with 5 bids. 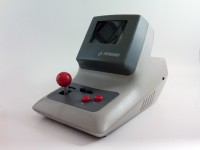 Over in the world of Nintendo, Conkerâ€™s BFD continues to be a steady seller. I donâ€™t think it has dropped in value since it was released with copies continuing to sell for around Â£50-Â£60. Also selling for a similar figure is Konamiâ€™s Hyperboy accessory for the original Game Boy, which turns it into a table top console complete with a mini joystick. Just to show that it wasnâ€™t a one off, another one sold for Â£46.22 recently as well attracting 3 bidders. Somebody else thought it was better to have a Game Boy on their wrist rather than their table – this new Watch Boy LCD wrist watch sold for Â£34.99 on a Buy It Now. Looks like the seller has a few of these up for grabs. Lastly, a copy of Resident Evil Gaiden on Game Boy Color went for Â£36 after 15 bids.

Time now for Sega stuff. Even though the seller got the name ever so slightly incorrect, this auction for ‘Shining Force 111’ ended at a nice Â£75.11 after 26 bids. Also fetching a tidy sum on Saturn this month were Keio Flying Squadron 2 for Â£55 with 2 bids, and Dragon Force for the same amount with 24 bids. The price of boxed Sega Saturns appears to be on the rise – a few PAL models approached Â£100 this month.

A couple of GameGear games sold for eyebrow raising amounts recently too. A copy of rare but rubbish Tarzan: Lord of the Jungle sold for an incredible Â£311 while the Japan-only 3D shooter Faceball 2000 sold for Â£56. I bet that made the seller happier than the smiley face on the boxart.