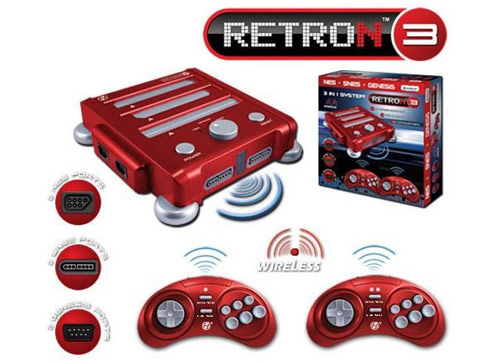 Got a pile of old cartridges and controllers lying about since the 90s? Want to relive the excitement of blowing into your NES cartridges? Well, cheap peripheral company Hyperkin has just released the RetroN 3, a slightly-knock-off games console that plays original NES, SNES and SEGA Mega Drive game cartridges, using the original control pads too (although it comes with two wireless SEGA Mega Drive style controllers).

We’re not sure what SEGA or Nintendo would have to say about it, but as long as it doesn’t explode, at $70 it seems like a nice little curiosity.