With that World Cup thing now upon us, we thought it would be a good idea to have a football feature up on these hallowed pages. But what to write about? A history of FIFA games? Sounds about as dull as watching Millwall play. The evolution of virtual turf? A bit too nonsensical, even for us. A round up of the most valuable and desirable football games? Now thatâ€™s something both informative and entertaining, that might interest even non-football fans. Well, we hope.

Weâ€™ll kick this feature off with a game that youâ€™d truly need a footballerâ€™s salary to be able to own – Ultimate 11: Super Sidekicks 4. The NeoGeo AES price guide quotes a value of between $8,000 – $10,000 for the extremely rare English language version. The last copy to exchange hands sold for many more times that amount ($55,000) but it was paired with beatâ€™em up Kizuna Encounter, a game so rare that many would sell their own kidneys to have it in their collection. Soccer Brawl, which sells for about Â£30 on auction sites, is a somewhat cheaper alternative. 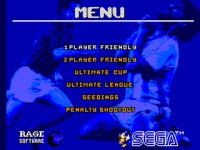 Another football game with the word â€˜Ultimateâ€™ in the title? As Harry Hill would say, â€œwhat are the chances?â€ Ultimate Soccer for the Sega Master System was one of the final releases for the system – along with the likes of Sonic Spinball, Masters of Combat and Buggy Run – and can fetch over Â£60 on a good day. It was developed by Rage and published by Sega, who kindly let Rage include images of Sonic in the menus. The Sega GameGear version is almost worthless. 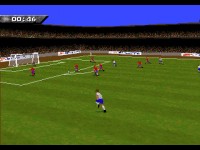 FIFA 96 on the likes of Mega Drive, SNES and PlayStation? Maybe Â£1 if youâ€™re lucky. The Sega 32X version is a bit more desirable though, as it was a PAL exclusive. So, for American 32X collectors (and as gaming forum Sega-16 shows, thereâ€™s a few around) itâ€™s an essential purchase. As one of the last 32X releases itâ€™s harder to find than the likes of Doom and Virtua Racing Deluxe and because of the flimsy nature of the useless cardboard boxes that 32X games came in itâ€™s hard to find one in good condition, or even boxed at all. The last boxed copy sold for just under Â£30 on eBay. 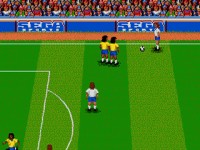 World Championship Soccer II for the Mega Drive is an odd one. The blue label version is very rare, if not the rarest of all Mega Drive games. Yet soon after its release it was re-released by Sega under their Classics range. One copy infamously sold for Â£750 on eBay back in 2008, although it should be made clear that it was due to two collectors outbidding each other. This makes its value quite hard to judge. 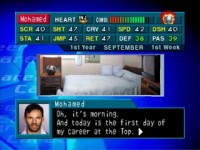 You donâ€™t need a footballerâ€™s salary to buy International Superstar Soccer 2000 on N64, but with the average price around the Â£10 mark itâ€™s still more than Portsmouth FC can afford at the moment. The popularity for this one stems from its RPG mode, which was rather good, plus it was the last ISS game released for the format. Will its value rise over the coming years? Itâ€™s impossible to say. Iâ€™ve heard that the N64 isnâ€™t very well liked with collectors because the (mostly) fuzzy graphics have aged very badly. Shame. 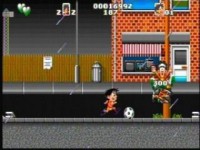 A handful of Atari Jaguar games managed to find their way to stores long after the system was confined to attics and wardrobes across the world. 2D platformer Soccer Kid is one fine example, originally released on the Amiga and SNES back in 1994 and then on Jaguar (and GameBoy Advance) in 2000. It wasnâ€™t a bad little platformer back in the day, although Soccer Kid himself is truly the ugliest videogame character ever. Its rarity rating on the respected AtariAge website is a 7/10 but we could only speculate its value. Two different American online retailers both have it for $75 (around Â£50) which is the best estimated price available.

We contacted David Beckham to see if he owns any of the above games, but he told us he was busy drawing pictures with his Sharpie pens and to call back later.