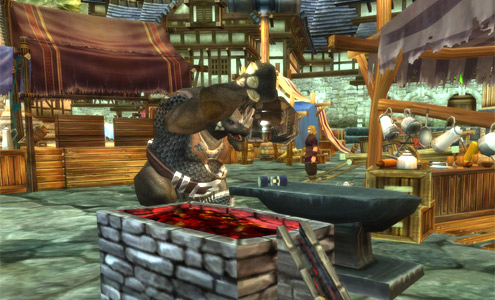 When the nice chaps over at Frogster Interactive Pictures offered us an interview to talk about their MMORPG Runes of Magic, we said “we’d really like that”. Yup. So it was, Frogster’s PR Manager Philipp Senkbeil politely answered our questions, blowing apart the fallacy that German’s are humourless automatons and revealing his possibly secret passion for Parminder Nagra.

Games Asylum: There are plenty of MMORPGs around but why should somebody swap their social life for a virtual life in Runes of Magic?

Philipp Senkbeil: Thatâ€™s a tough question. To answer it simply: why shouldnâ€™t they try to create their own virtual social life in addition to their real social life? Thereâ€™s a lot to discover in Runes of Magic, from both the gaming and the human point of view. This game can be a perfect supplement for people willing to meet new people and share good moments with them. There is a large and interesting community where newcomers are always warmly welcomed and guided by more advanced players. I mean, a virtual social life is much easier than a real one: no need to get drunk to meet new people.

GA: The World of Warcraft TV adverts feature Mr. T and Verne Troyer. If an advert for Runes of Magic were being produced, which celebrity would you like to star in it?

Philipp: There are so many names that come to mind. First of all, we should start with an equal rights campaign, so we should definitely try to have two celebrities, a man and a woman. Maybe Robbie Williams would be enough to convince more girls to come and try the game, or at least to persuade them that it is not a prerequisite for a guy playing MMORPGs to be a freak. The female celebrity should beâ€¦ Parminder Nagra. She convinced many girls that running after a ball for 90 minutes wasnâ€™t just for boys, she could definitely manage to get the same result for an MMO game. And you cannot find anything more appealing to boys than such a beautiful woman.

GA: Does anybody bother playing as a Priest? The idea of being a Warrior, Mage or Knight sounds much more appealing.

Philipp: Yeah, priests are having a hard time these days, but they definitely are one of the classes you just canâ€™t ignore, so many players keep on creating this class officially placed by most players in the â€˜healerâ€™ category, thatâ€™s to say: just good at spamming the group heal macro. But if they seem to be unappealing, itâ€™s just at first sight. Some priests are doing a far better job in terms of damages than many warriors. Moreover, when a priest is chosen as a secondary class, it will allow you to heal yourself a bit when youâ€™re having a rough time: that canâ€™t be a bad thing.

GA: In Runes of Magic every player gets a house. Whatâ€™s the most valuable thing in yours?

Philipp: Definitely my hot tub. It was specially designed for me by Runewaker.

GA: The third episode, The Elder Kingdoms, is being launched in May. What new and exciting things can we expect? Weâ€™ve heard rumours of a music festival… 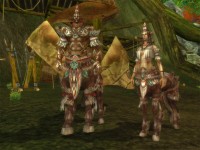 Philipp: Yes, a music festival will be introduced with the newest chapter of the game, we are trying to get Rammstein and Muse to open it. More seriously, we will introduce a lot of new features in the course of Chapter III, such as a brand new continent with at least three distinct zones, with totally new epic quest lines, which will guide the players through the dark plots gnawing at the Kingdom of Dalanis, but also a new level cap gradually set to 60, the Siege Wars which allow guilds to fight each other to find out which is the best one, and many other things.

GA: Hereâ€™s our idea for a fourth episode – an alien planet inhabited by blue human-like creatures finds itself under attack from an army who are after precious minerals buried under a giant tree. A new race will also be available – Smurfs. What do you think?

Philipp: Hum. I think I saw that somewhere but I canâ€™t remember where exactly. Iâ€™m going to send your proposal to Runewaker right away: maybe we should try to put some of our Fungi on the tree, to adapt it to our own background. More seriously, the content of the next expansion of Runes of Magic is hard to discuss, since we are just about to launch the third one. Some ideas weâ€™ve had in mind for a long time have already been sent to Runewaker, but we will definitely consider the feedback from our users regarding the content of Chapter III while planning the next expansion. We always want to create new content which satisfies the demands of our community, because in the end it is their game.

GA: And finally, whoâ€™s your favourite Dr. Who?

Philipp: The Tenth, David Tennant. Who else?