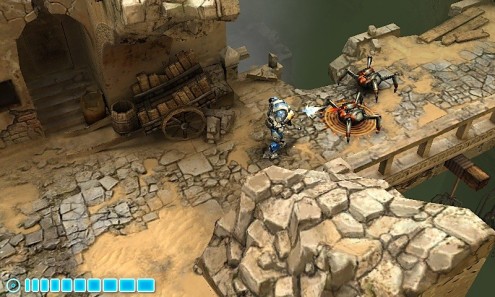 Some pretty little 3D games on a little Windows Phone. Ooh! Admittedly, not the biggest gaming news. The neat aspect comes into play with XNA though – Microsoft have unveiled The Harvest, a touchscreen dungeon crawler (pictured above) running on an ASUS Windows Phone prototype, built using XNA Game Studio – essentially a cross platform game development platform, allowing developers to create games that can run on a PC, Xbox 360 or Windows Phone. The Harvest was said to be developed in just a few weeks, and the ease of porting games using the XNA platform should mean many nice little games will make their way over to the Windows Phone platform, puny CPUs and touchscreen controls allowing.